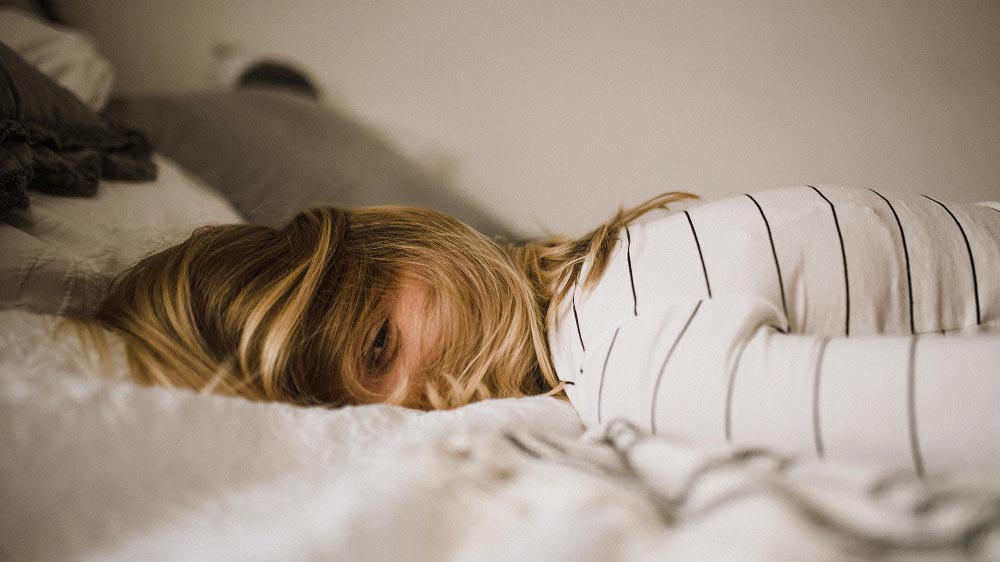 Did you ever find yourself worn out after a hearty meal? You probably think that all the fatigue comes from cooking, chewing through different courses, and having your stomach working overtime.

While all that contributes to making you tired, there’s more to it than just that. What you put in your stomach can have a massive impact on your overall stamina.

Some meals give you a boost of energy while others have the ability to put you to sleep. Here’s what you need to know about foods that make you tired.

Unless you’re trying to build muscle, there’s no need to load up on carbs really. Carbs give you a short burst of energy by causing your blood glucose level to rise quickly. But it comes down just as fast as it goes up, causing a sort of crash.

This happens often if you eat lots of processed carbs such as white bread. If you want an alternative, try whole grain bread. It tastes different but still good, and it’s unlikely to mess with your sleep schedule.

Pasta has the same effect as it also contains refined carbs. It gives you a short burst of energy but just as quickly it causes your insulin levels to drop. This is often associated with weakness and general fatigue, which induce a sleepy sensation.

White chocolate not so much, but dark chocolate is a sleep inducer. You may think that the caffeine in it will keep you awake. You would also be wrong.

The serotonin has a more powerful effect. It helps you relax and therefore can induce a sleepy state. If you still want to have your dark chocolate, try substituting the traditional with milk chocolate for dessert.

This one doesn’t have so much serotonin but rather more caffeine. It will give you the boost you’re looking for while also satisfying your sweet tooth. 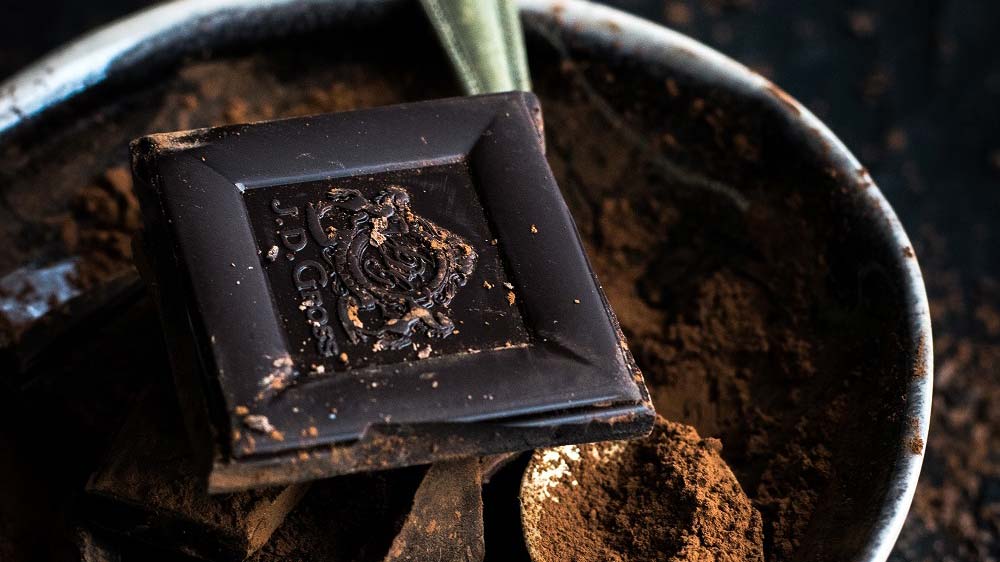 Ever wondered why bananas are a recommended post-workout snack? They contain a lot of potassium and magnesium which are good muscle relaxers. Why is this important to know?

If your muscles are overly relaxed, you can easily start to feel sleepy. The relaxation will take over your entire body. If you desperately need fruit after a meal, go with some citrus alternatives. Oranges are never a bad choice since they’re popular as a morning pick-me-up.

When’s the last time you felt energized after a Thanksgiving dinner? Unless you’re a vegetarian, the answer’s probably never. There’s a good reason why turkey and poultry, in general, makes you want to hit the bed.

These meats are high in an amino acid called tryptophan. Its main property is to increase the levels of serotonin in your body. That makes you feel happy and relaxed, but also quite sleepy.

It’s a nice way to end the evening but not a good idea to start your day.

It’s also worth mentioning that for most people, the turkey alone won’t be enough to put someone to sleep. However, when combined with plenty of carbs and lots of gravy, there is just enough to put you over the edge. 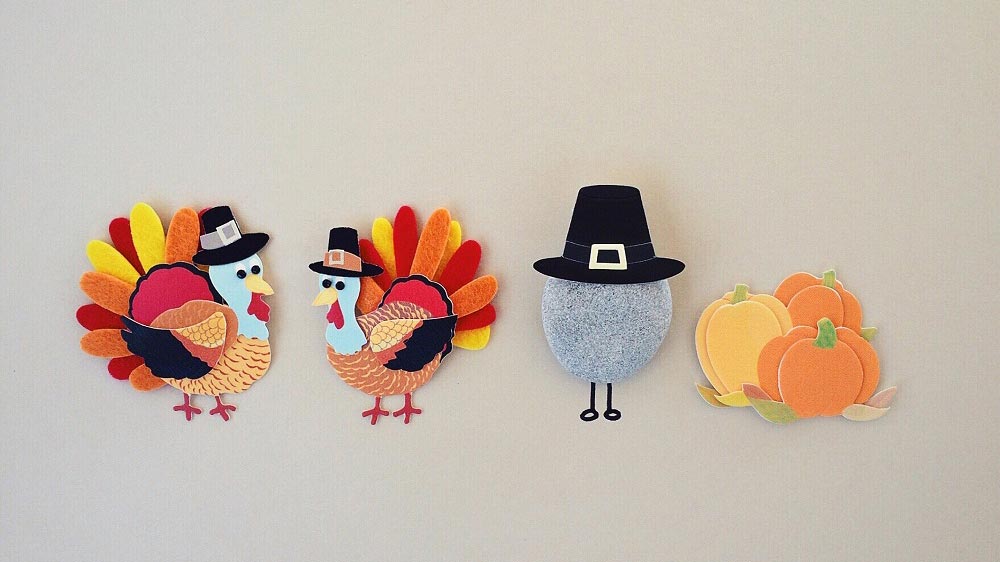 Even though salmon may make you tired, it’s still too good to pass up. But how come a fish with loads of omega-3 fatty acids acts as an intermediary between you and the sandman?

Salmon is also rich in Vitamin B6. Your body uses B6 to create melatonin which just happens to be the sleep hormone. So, because it has both energizing and relaxing properties you might want to save the salmon for dinner instead of lunch.

Halibut has similar properties although it’s heavier on the B6 than omega-3 fatty acids.

This may be your favorite breakfast but it’s not the best choice for a pick-me-up in the morning. Unless you’re having some coffee, green tea, or orange juice with it, it might not have the effect you desire.

Oatmeal triggers insulin production and acts a lot like bread in that regard. It raises your blood sugar but it also causes a quick drop afterwards which makes you sleepy.

This effect can be amplified if you happen to put fruits like bananas or cherries in your oatmeal to improve its taste. Bananas have potassium and magnesium, and cherries are loaded with melatonin.

Now you’re not only feeding your body natural muscle relaxants but you’re also sparking the increase of sleep hormones. Doesn’t exactly sound energizing, does it? 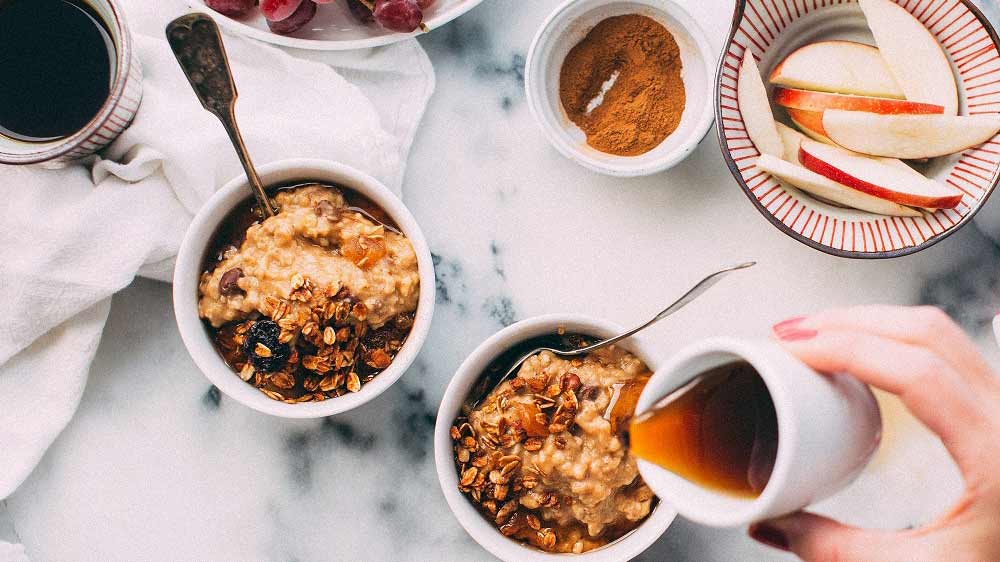 While not technically food, tea is worth mentioning in this discussion for another reason. It’s not just chamomile tea that has a sleep-inducing effect. It’s tea in general. Warm beverages can be very relaxing and therefore help you sleep.

Knowing this it should make it easier on you or decide on soup or broth recipes. Warm stock-based foods can make you feel tired. They also stretch your stomach a lot.

If you want your next broth to be more energizing than tiring, at least avoid filling it up with carbs, fat, or any of the previously mentioned foods. That way you’ll just feel full for a while but be back on your feet in no time.

If you make your own broth from red meat then it will be more energizing than tiring. Although red meat is fatty, all that fat breaks down in the boiling liquid. You can always skim it from your pot and avoid loading up on it when you eat.

Although it seems like there’s not much left to eat, don’t worry about it too much. Just because you have one banana after lunch doesn’t mean you’ll fall asleep before you get up from the table.

These effects tend to happen over a long period of time of eating relaxing and sleep-inducing foods during the day.

It could also happen if you’re already tired and you make yourself a hearty meal with the wrong foods. Either way, changing your diet from time to time is not a bad idea. Neither is combining tiring foods with foods that boost your energy in the same meal. 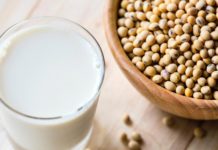 Is Soy Good or Bad for You? 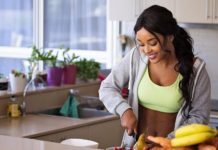